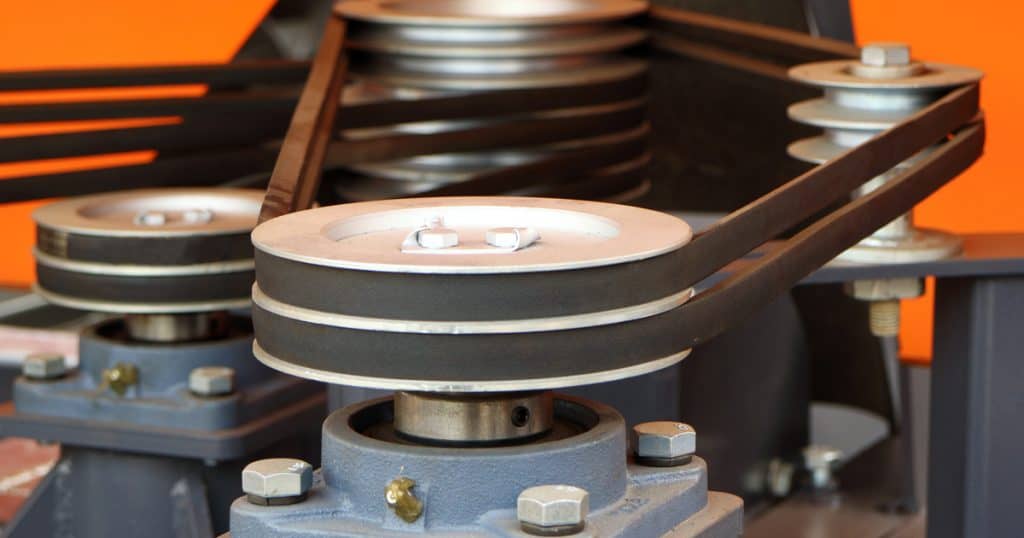 The v-belt today seems like an indispensable component of power transmission. This wasn’t always the case. The first published mention of a v-belt was in The Horseless Age (1916), an automotive trade magazine. The belt it mentioned was leather, and the magazine went on to criticize the (lack of) tolerances, stating that the contact angles varied between 38° and 60°. They knew enough at the time to acknowledge the importance of taking up “any slack in the belt.”

Very shortly thereafter, in 1917, was the creation of the first rubber v-belt. Since this time, v-belts have become standardized through trade and manufacturing associations. During the same period, the types and models of v-belts expanded to accommodate a broader range of applications. Conventional or wedge, wrapped or cogged, and the numerous materials used throughout, make for an impressive list.

This article has a specific focus of comparing cogged – raw-edge – v-belts to smooth – wrapped – v-belts. Before we can begin analyzing strengths and weaknesses, it will help to know a little more about how these belts operate.

V-belts operate through the mechanical advantage of a wedge. Once a belt has been mounted and properly tensioned, it’s pulling power can move significant loads and obtain very high speeds. There is a sub-set of belts called wedge v-belts (3V, 5V, 8V) that have an increased wedging effect, as compared to conventional v-belts, within the sheave groove. This translates to increased tension and more power.

All v-belts operate similarly. However, specifics such as tension ratings and how much power they can transmit will vary. Depending on application specifics, as well as the type and model of the individual belt, these figures will change. All conventional belts (A, B, C) will have the same contact angle, as will the wedge belts mentioned above.

V-belt construction is mostly universal as well. There are top and bottom layers of rubber. Between these two layers, further surrounded by dampening rubber, are tension cords. Both the rubber compounds and cord materials used will vary by manufacturer and their different models. For instance, polychloroprene layers and polyester cords are common. Manufacturers use aramid fibers (think Kevlar) in more punishing or high-output applications.

How wrapped and raw-edge belts begin to differ is entirely on the exterior of the belt. 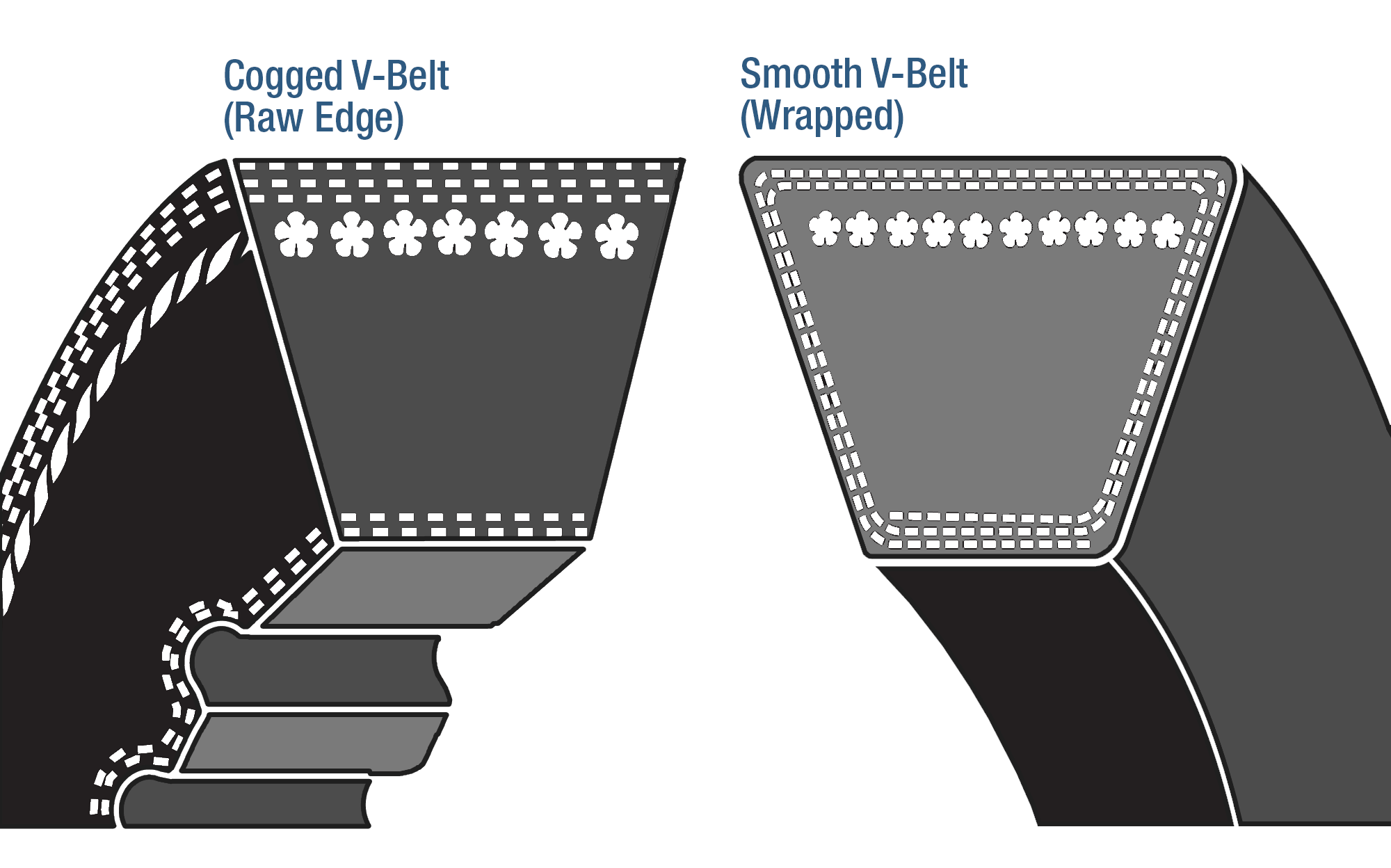 Wrapped belts could be considered the standard v-belt. The term wrapped comes from fabric that covers the internals of the belt, giving it a very uniform look and feel, as well as reasonably quiet operating characteristics.

The purpose of the wrap is two-fold. The fabric provides abrasion resistance, which makes the belt more durable. The contact between the belt and sheave is constant and can occur at very high speeds. This extra protection against contamination and wear of both belt and sheave, allows the belt to operate longer before it becomes too worn to transmit the required power properly.

Another benefit, which can be critically important in the applications that require it, is belt slip. While a v-belt slipping within a sheave can seem counter-intuitive, it can prevent significant damage. When a torque spike occurs, or a sudden change in the drive speed causes the belt drive to respond in kind, a wrapped belt will slip more easily than a raw-edge. Most of the time, the belt will snap before transmitting power back into the gearbox or motor, so the belt’s ability to slip is a safety factor.

Lastly, the fabric wrapping has high oil resistance. Raw edge belts have a possibility of becoming clogged with contaminants and absorbing moisture. This will lead to swelling of the belt rubber and cause breakage.

Raw-edge belts have cogs on the bottom section and forego the fabric wrapping on the outside of the belt, leaving the interior materials exposed on the sides. The belt, provided with a higher coefficient of friction, can now better grip the sheaves. This increased grip means that the raw-edged belt transmits more horsepower at higher speeds, as much as a 30% increase in some cases.

This increase in the transmission of horsepower has a cascading effect on the drive.

For example, in drives with multiple belts, the increased power capacity may allow the elimination of a single belt. In turn, you:

Whenever overhung load decreases, you put less strain on the nearest bearing. And while it may make sense to rush off and implement these changes immediately, raw-edge belts do have an increased cost compared to a wrapped belt. But in some cases, moving from wrapped to raw-edge belts can decrease application costs.

Increased power is a substantial benefit of this type of belt. There are several other benefits worth mentioning, as well. Raw-edge belts, because of the inclusion of the cogs, are better able to wrap around smaller sheaves. These belts also run cooler at higher speeds and generally have better temperature resistance.

Lastly, with the implementation of raw-edge belts, there is a potential for energy savings. Raw-edge belts run at slightly higher efficiencies than wrapped ones do. While an increase in efficiency of three to four percent does not seem like much, over a year of operation, it can add up. The Department of Energy recommends their implementation because of energy savings. They highlighted that the potential savings in a 100HP motor application could be over 16,000 kWh per year, translating to well over $1,000 annually, depending on electricity costs. This savings assumes an ideally tensioned and well-running belt drive.

Which is better? Smooth or cogged?

It’s problematic to make blanket statements or generalizations because there are always exceptions to a rule. After reading the previous section about the raw-edge belts, some people may find their answer obvious. BUT, raw-edge belts cost more than wrapped belts, so for drives that run only a single belt, there will be no cost reductions with fewer grooves on sheaves. Neither will a single-groove sheave provide any of the weight reductions for the same reason, providing no additional benefits to the bearing’s overhung load.

Some of the inherent benefits of a raw-edge belt (increased power, smaller wrap, quieter operation) still apply to single-groove sheaves, but the ancillary benefits are fewer. We cannot overstate how important the ability of the wrapped belts to slip more easily within the sheave is.

Every component in power transmission has its place, from the entry-level to the high end.

A quick analysis of the demands your drive requires will give you a strong indication about which belt is the best fit. Torque spikes and overloads need accounting for. For single-belt drives, it may just end up being a judgment call. If there are multiple belt-driven applications, energy savings might be more impactful. There is no wrong or right answer, just information, and the hope that we’ve enabled you to find what works best in your circumstances.

Interested in improving your belt drive? Blackstar has the inventory to get you running. 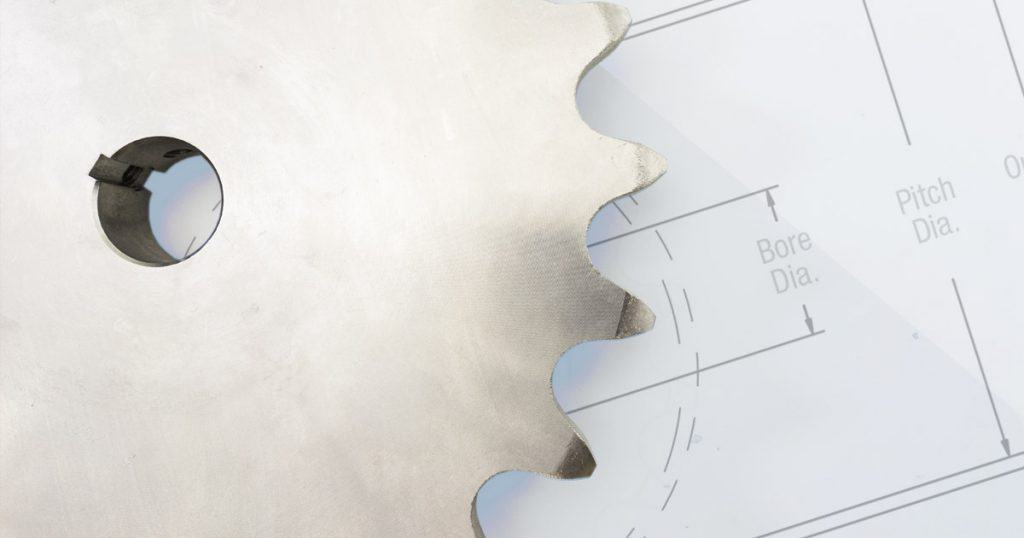 Do You Need a New Sprocket? How Do You Know? 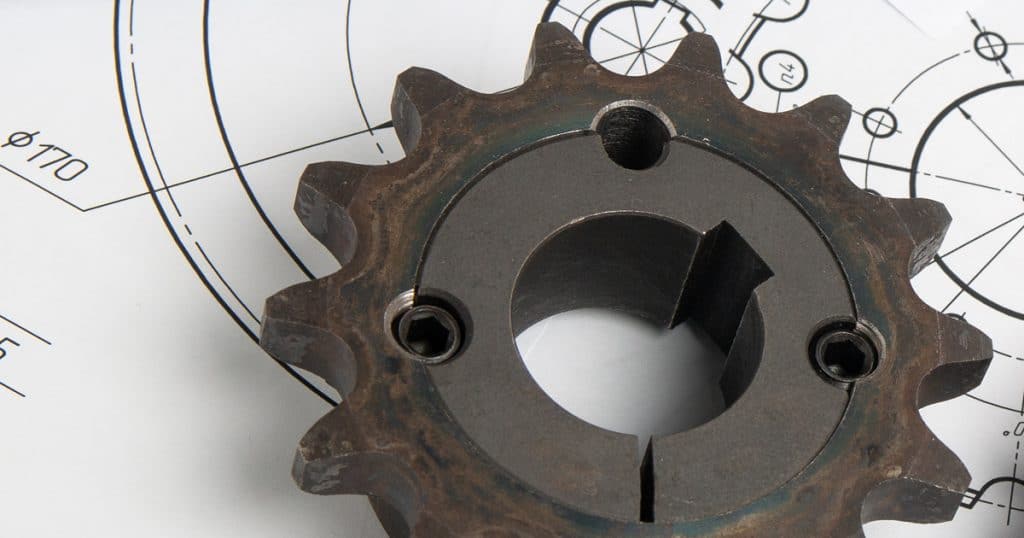 How to Install and Remove a Bushing 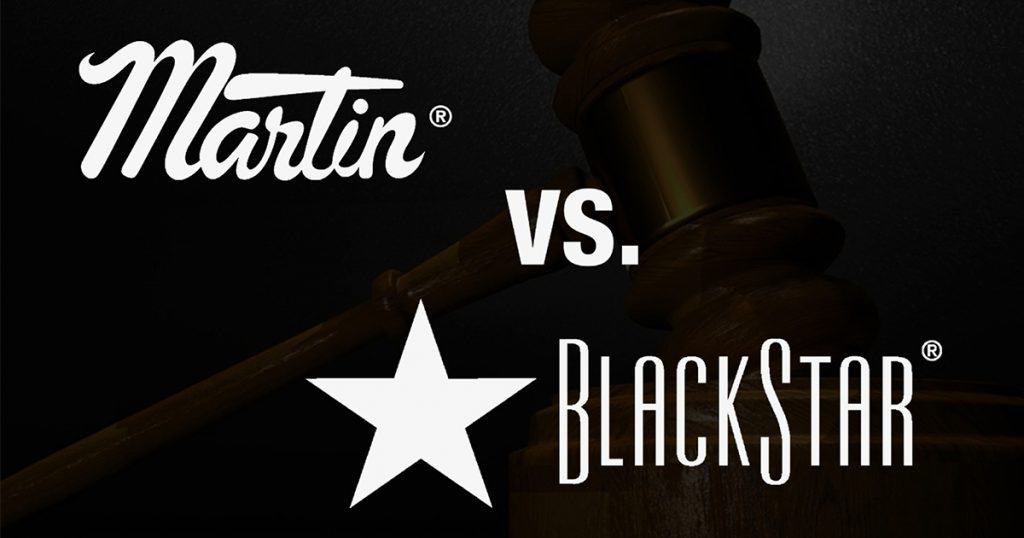