Which Grease Should I Use In My Mounted Bearing? 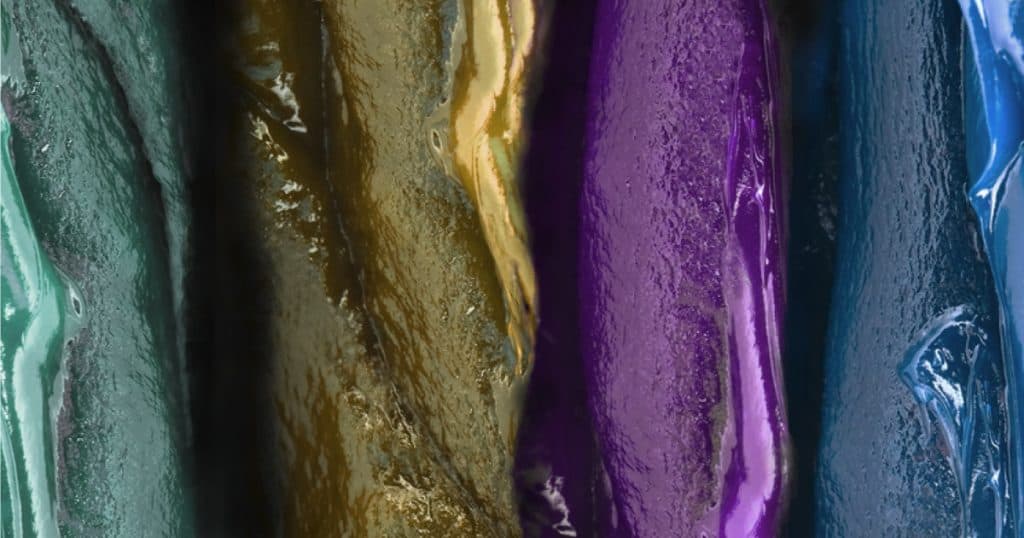 We cannot overstate how critical lubrication is in the power transmission industry. As a part of this community, you’ve most likely experienced first hand how improper lubrication has severely detrimental effects on rotating components. It is critical for all bearings – mounted or otherwise – to have not only the right grease applied, but applied in the correct quantities and on time as well.

With an abundance of lubricants supplied by numerous large and small manufacturers, it’s more important than ever to make sure that what we’re using is appropriate. Seriously incompatible greases will inevitably lead to failure. This is a foregone conclusion.

Food grade greases can complicate this even further. These greases must conform with significantly stricter guidelines as well as be able to handle a constant washdown environment and a barrage of cleaners, all the while minimizing contact with surroundings. Food grade greases typically include additional additives that help it perform in these areas.

It might seem that finding an equivalent grease that is entirely compatible with what we’re replacing is a tall order. It can be. Impossible? Hardly.

What’s in a Grease?

Several elements of grease need consideration when finding a replacement:

Not every element needs to be the same for two greases to be compatible. Although, if you are transitioning from one grease to another without flushing the bearing beforehand, the closer you can get to a complete match, the better the outcome will be for the bearing.

The goal when lubricating something is protecting surfaces and separating them from one another through an oil film provided by the grease. Unfortunately, when two greases are incompatible, the situation can be similar to not using any grease at all. It can even go so far as damaging components, hastening a critical failure. This is a worst-case scenario, but an avoidable one.

Some incompatibilities are more evident than others. Take, for instance, the NLGI grade. Having two different consistencies of grease will make it challenging to achieve a uniform distribution within a bearing. The same goes for the oil viscosity of the grease. When different, one oil may not be appropriate for the RPM or operating temperature of the application. High viscosity oils, when coupled with high speeds, will have trouble protecting the rolling elements.

Thickeners are the part of the grease that keeps the oil contained within it. Incompatibility now becomes more problematic. If unsuitable for mixing, thickeners can change the entire consistency and cause the base oil and additives to bleed out from the grease. This situation leaves behind something wholly unrecognizable as a protectant and lubricant.

There is a potential that the grease hardens, becomes runny, or in the case of metal-based thickeners, leaves behind salt-like materials in whatever remains. It’s not hard to imagine what an abrasive similar to salt can do to your application. Think of petroleum jelly with fine grain sand as a parallel.

With all this information in mind, taking care while searching for a suitable replacement is your next step.

So What’s the Solution?

Not unlike determining what grease is suitable for your application, deciding what greases are compatible will take research. The RPM of the bearing, operating temperatures, and resultant loads are all important factors in determining an appropriate grease.

Mariner bearings use Mobil FM222 food-grade grease. An NLGI #2 aluminum complex grease that, according to Mobil, “helps provide superb equipment protection during frequent equipment cleaning operations.” Also an H1 category grease, it is intended for use in situations where there is incidental contact of grease with food or pharmaceutical products.

Turner bearings come with Shell Gadus S2 V220. This grease is also an NLGI #2, but a lithium soap-based grease. This is a multi-purpose grease with extreme pressure, oxidation, and corrosion resistance additives.

It would be impossible to choose a grease without knowing the full scope of your application, but there are a few steps we can guide you through in determining what’s appropriate. Here’s a short list of selection factors you’ll want to address first:

This should be the first consideration on your list. As a general rule, high speeds require a low viscosity and slow speeds require high viscosity. Think of it this way – you want the oil in the grease to provide a film between any two surfaces. In a high-speed application, you want the oil to move out of the way of the rolling element quickly, while simultaneously filling in the space left behind.

Operating temperatures and types of load will influence viscosity requirements as well. One method of measuring viscosity is centistokes (cSt) at 40°c. Avoiding a scientific deep-dive, water is measured at 1 cSt, whereas some kinds of honey near 1,000 cSt. For general purpose greases in mounted ball bearings, 220 cSt viscosity will be widely found throughout the industry. Both Turner and Mariner use greases of this viscosity. Timken pillow block and food-safe greases are around 110 cSt. Dodge SC bearings (Unirex N2) and Polyrex EM (a widely used bearing grease) are both 115cSt.

Best practices primarily determined the NLGI grade throughout the power transmission industry over many years. NLGI grade 2 has the best performance in general mounted bearing applications. However, there are exceptions. Lower NLGI grades can better suit situations where you need increased pumpability for automatic lubrication or colder applications, which typically thicken and slow grease. Alternatively, use a higher NLGI grade for bearings or applications that require extra sealing or leak prevention.

There is a small range of soaps and non-soaps available with a similar range of pros and cons. Lithium-based soaps have become the most prevalent because of good general performance as a thickener, but require specific additives to maintain this (such as anti-oxidizers) and have a lower maximum operating temperature. Polyurea-based thickeners will typically have higher temperature allowances but can have less pumpability in lubrication systems. Aluminum or calcium-based thickeners are found in food-grade greases, which have good water resistance but may also have lower temperature ranges.

As always, your application requirements will give a clear indication as to what thickener is most appropriate.

Most published charts found online focus grease compatibility on only the thickener, disregarding several other important aspects of the grease – such as those listed above. While thickener is a critical component to consider, it hardly paints a complete picture. Calcium sulfonate and polyurea thickeners have moderate compatibility with others, whereas clay or aluminum complex thickeners allow less room for change. It is essential to consider the entire catalog of elements and measurements within a grease to find a compatible one.

NOTE: Tailoring any change in grease to what came before will eliminate any potential conflicts within the mixture. Otherwise, bearings may need to be purged and cleaned. 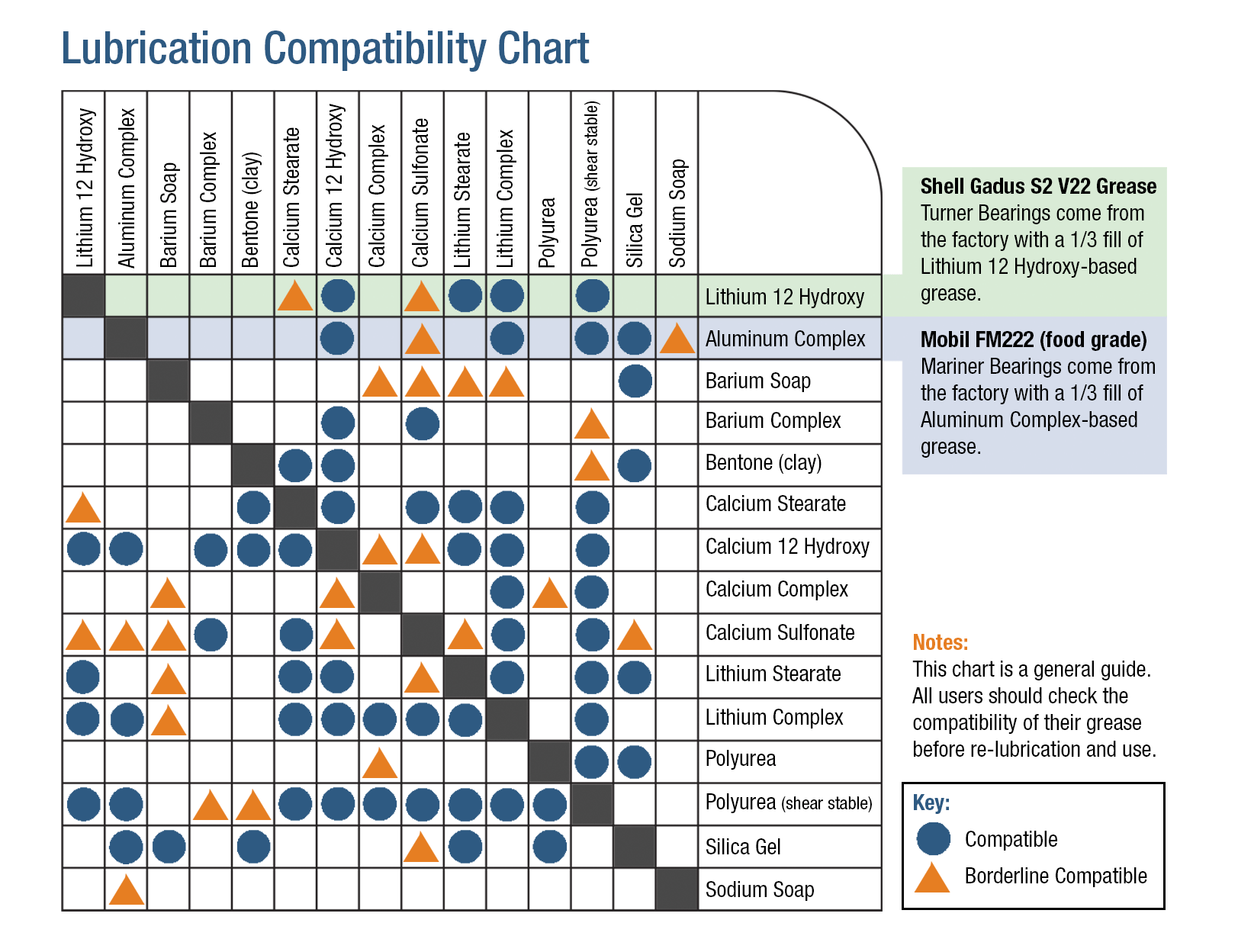 Let Your Application Designate Your Grease

Choosing a grease is entirely subjective to the application. Determine what you need, how to protect bearings and rolling elements best, and how lubricants will be delivered – as well as whether there are any environmental considerations, and so on.

Generally, a handful of grease options will be entirely appropriate. But for those applications requiring extra care or extra thought, the time taken to select the right grease will benefit your application enormously.

Questions about properly lubricating your mounted bearing? Ask us about options – including Lubrilife. Learn more. 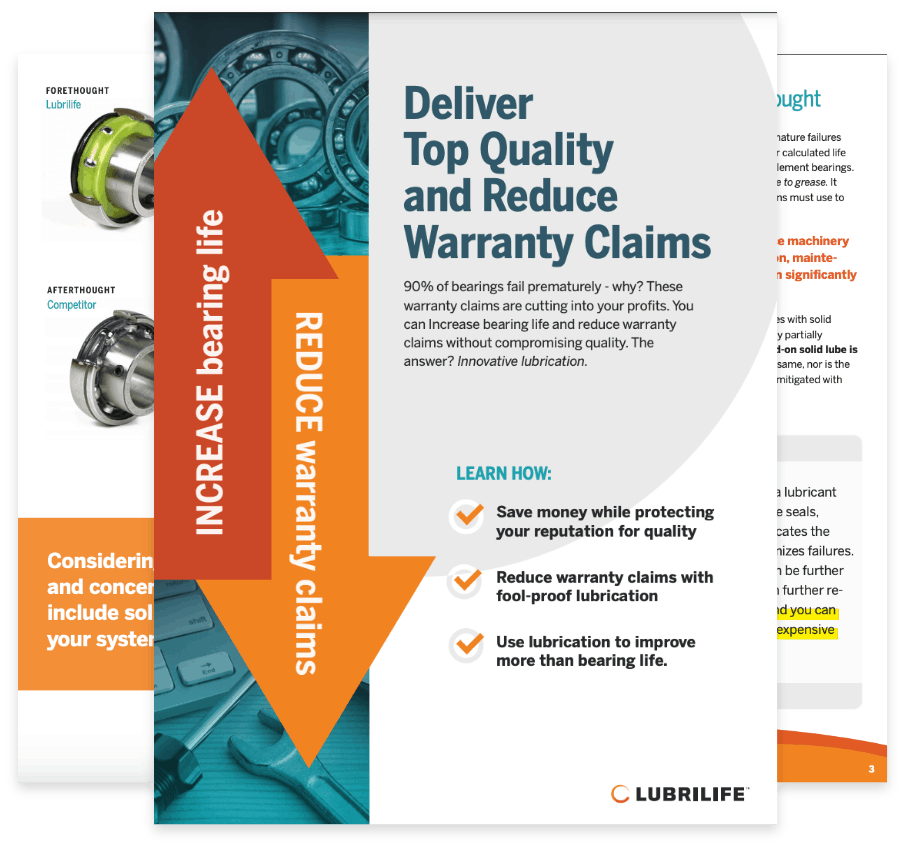 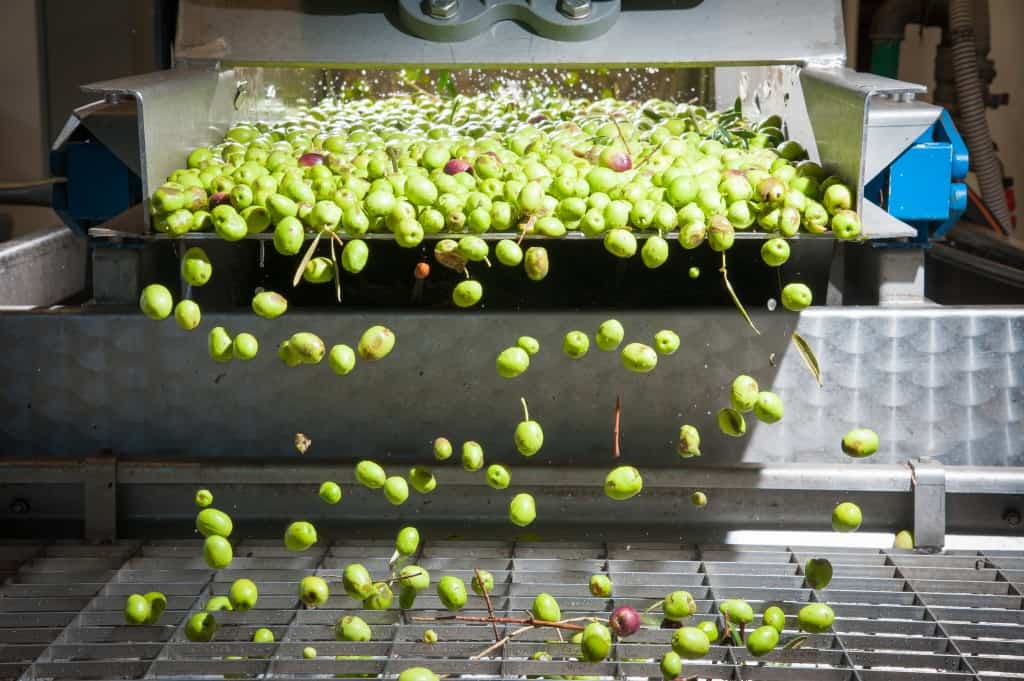 Solid Lubrication: Choosing the Right One for Your Bearings 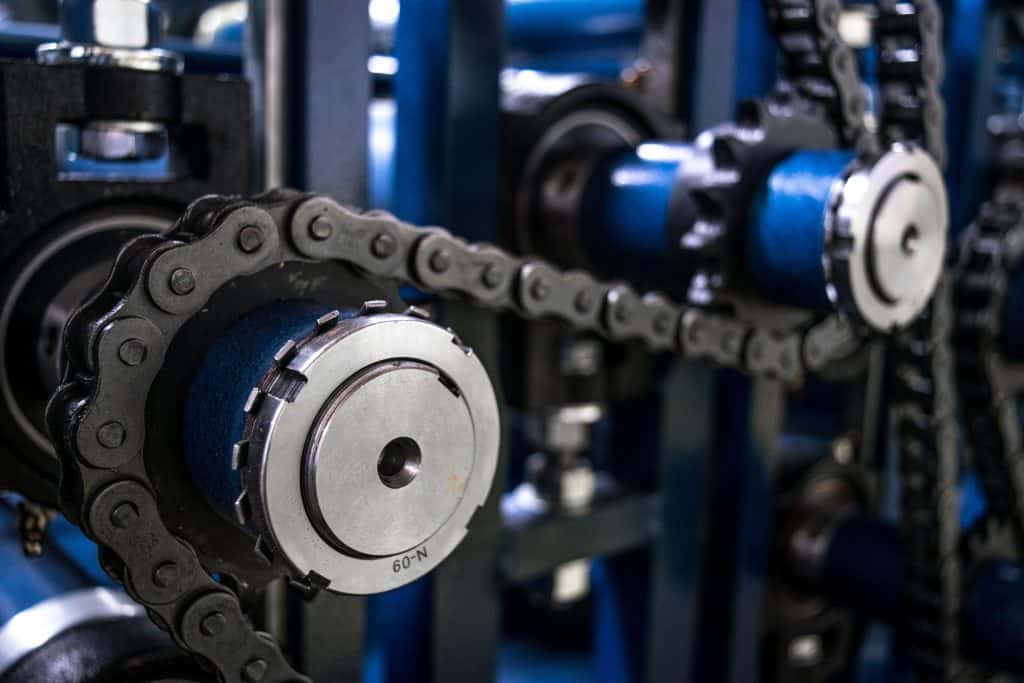 Roller Chain Stiffening? Here’s What to Do 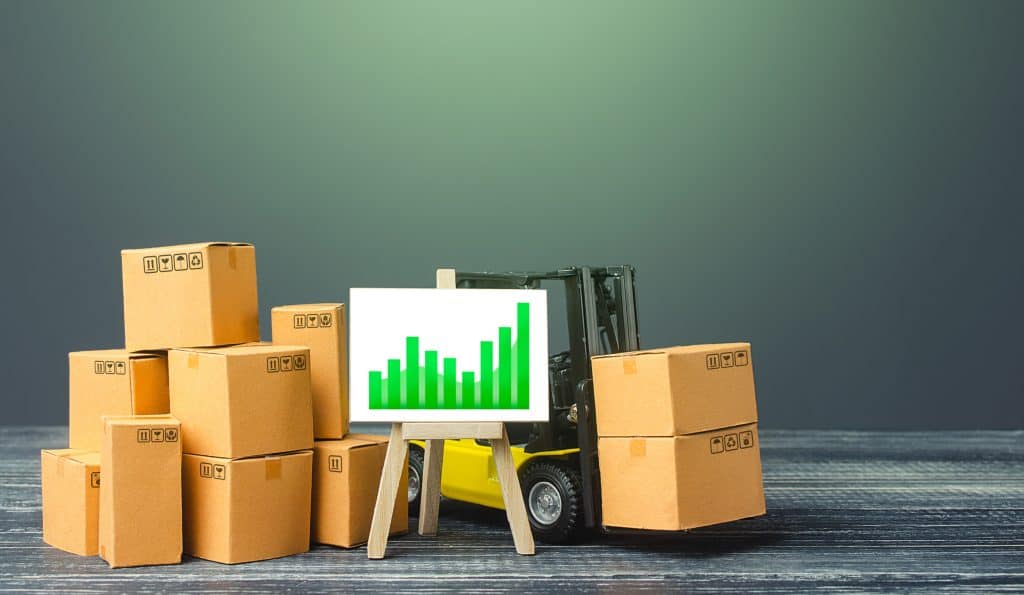 Maintenance-free bearings: How they can reduce warranty claim costs 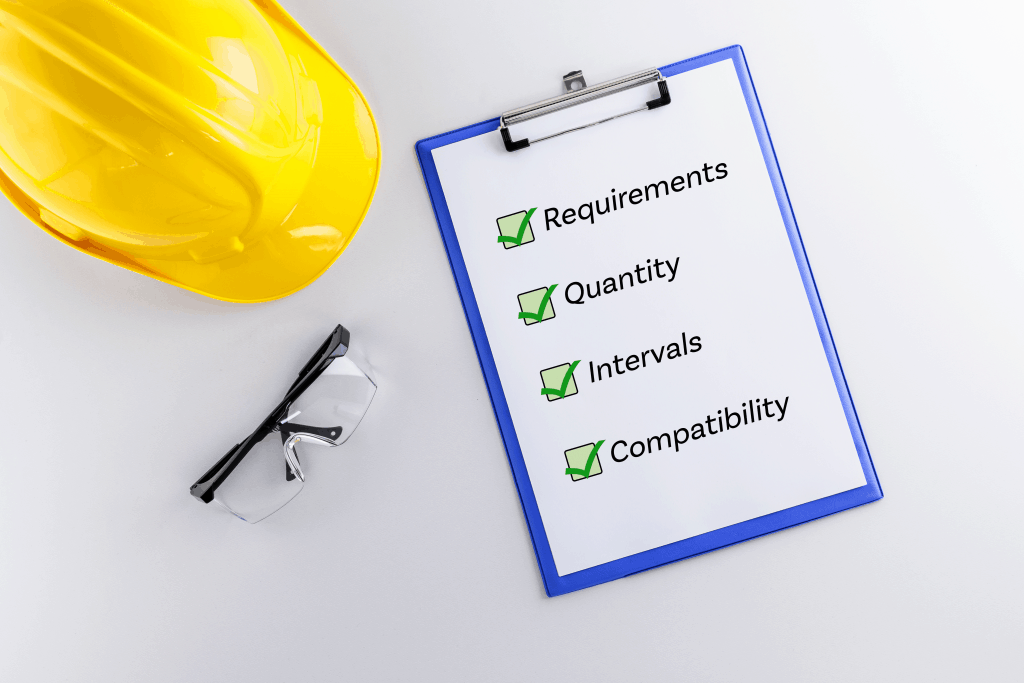